The Boathouse Then and Now

I recently found some pics on the internet of our new house, which we call The Boathouse to distinguish it from the Boatshed, at the time the previous owners bought it in 2009. I don't think it had been updated since the 80s. Fortunately the people we bought it from had gently coaxed it into the twenty-first century with a whole lot of white paint, new flooring, and new French doors and windows along the water side. This is the living area looking out to the water, as it was in 2009: 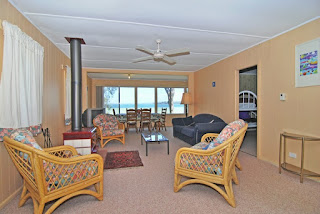 This is the same room now, looking back from the water: 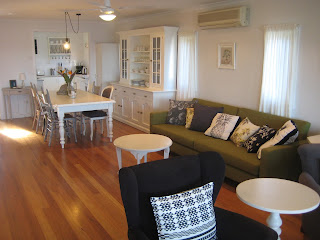 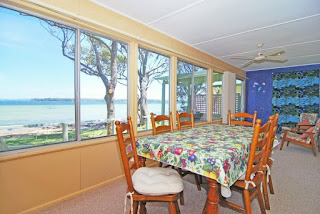 This is the other end of the same alcove as it is now: 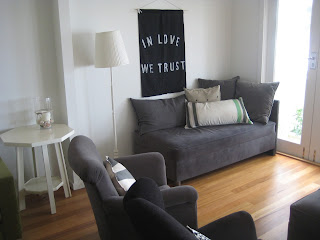 Here is the main bedroom then: 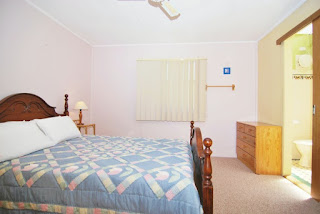 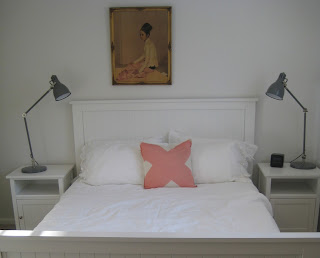 The kitchen is largely the same as it was. I painted the cupboards and tile border in white, and we put up a plate rack we had in our previous house. Hopefully a new kitchen is not too far away: 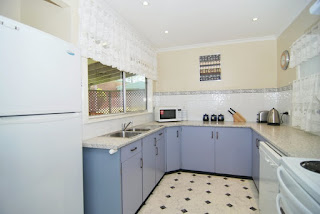 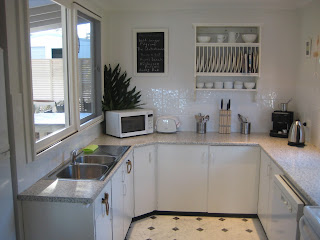 This is the waterside veranda as it was: 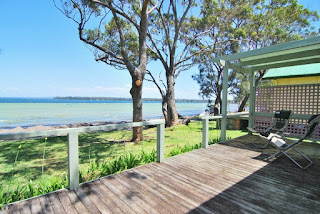 And as it is now: 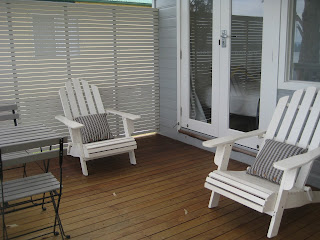 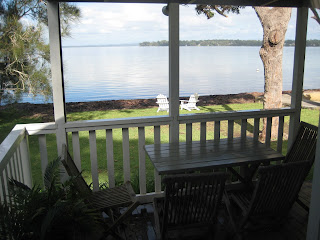 This has been achieved with a lot of time but very little money. The furniture and decorative items are all pre-loved, largely from op shops or Ikea, with a couple of splurges like the Blacklist wall flag, and Pony Rider and Ourlieu cushions. I made a lot of the curtains and cushion covers, and painted a whole lot of furniture that needed updating.
Posted by beth at 5:04 PM