As promised, here is an update on the fibro beach shack reno. The Ikea bed, linen and bedside lamp really capture the beachy rough luxe look I was after:﻿ 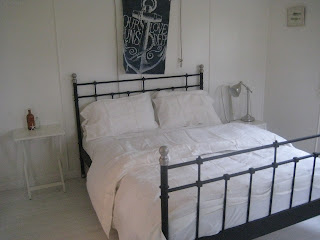 This is the settee at the foot of the bed: 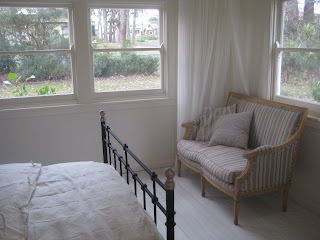 We are still waiting on some plantation shutters for the windows. I'll post about them when they are installed. Here is how the bedroom looked two  months ago: 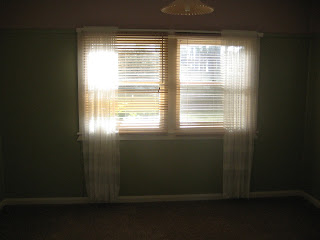 Next is the living room. It's quite a small space, so we have kept the furniture at a minumum and pushed the table against the wall: 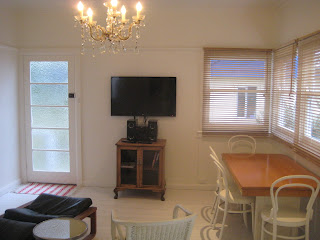 Here is how it was. I was initially tempted to keep the lino but I think I prefer the white painted boards. We stripped back the little cupboard and I think it looks so much better:
: 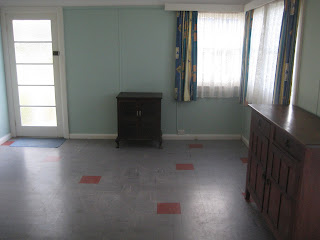 This is part of the kitchen: 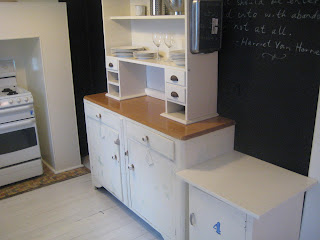 Much better than its previous incarnation: 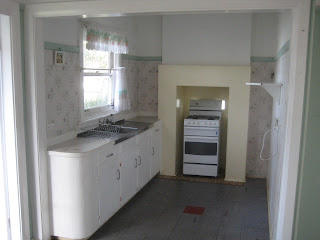 The other wall will have Ikea cupboards and butler's sink, which I'll post about soon.
Posted by beth at 1:43 AM

Hi Beth, it's such a cute house..I can understand how you were tempted to keep bits of it as it was so retro..just so impractical to keep that way. The bedroom looks so romantic now!

Your bedroom is truly lovely now... the sofa is a beautiful addition and l agree the white painted boards really give it that relaxed beachy feel don't they. The kitchen looks like a different room altogether...thanks for sharing your renovation journey Beth and enjoy the rest of your weekend.

Wow Beth,you've been hard at work! Amazing what fresh paint and new window coverings do. I like how you revamped that little cupboard and the kitchen is so inviting. Lovely transformation.

Hi Beth, looking good. Is this Edna's house or is it another one?
cheers Catherine